REPORT ON INTERNET SHUTDOWNS IN TANZANIA 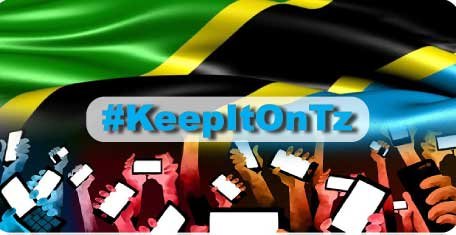 OVERVIEW OF INTERNET SHUTDOWNS IN TANZANIA JANUARY TO JUNE 2020

WHAT IS INTERNET SHUTDOWN?

Internet shutdown is an intentional disruption of Internet-based communications, rendering them inaccessible or effectively unavailable, for a specific population, location, or mode of access, often to exert control over the flow of information. It can happen at a national level, where users across the entire country are unable to access the Internet, or local level, where Internet access in a state, city, or other localized area is cut off.[1]

Example: On April 23rd, 2020 Vodacom Telecom in Tanzania cut off internet for all vodacom users approximately 88 million users in Tanzania.  The internet was not available for 13 hours due to cable cut reported by Vodacom.  This incidence happened without prior notice to users and no compensation of internet bundles made to users after they resumed internet service.

As the global COVID-19 pandemic develops, access to information and dissemination has become fundamental to keeping people safe from the widespread virus. Zaina Foundation calls for Tanzania government to be trustful by update community on number of cases tested and positive and negative and share in the internet for the people of Tanzania and entire world to enjoy freedom of information and continue accessing information about #Covid19 Pandemic.

In Tanzania the #KeepItOnTz coalition made up of 10 organizations among them being Zaina Foundation to test and document any incidence of internet disruption within Tanzania. This country in generality has never experienced full Internet shutdowns. However, there have been key challenges; high cost of internet bundles 1GB cost 2 $, slower network as well as bundle won’t last longer as you expected  that has seen Tanzanians struggle in accessing the internet and thus indirectly affecting full realization of fundamental rights especially Freedom of expression. In recent time’s Zaina Foundation, a member of #KeepItOnTz coalition has established that surveillance, censorship and economic hurdles have been major stumbling block of internet access in Tanzania.

Censorship: The act of adopting the new regulations in 2018 that requires NGOs to publicly declare their sources of funds, expenditures and intended activities or face deregistration by the government is a strategy to discourage humanitarian organizations on providing free internet access to the people of Tanzania through establishing infrastructures and giving internet incentives. Thus the less disadvantaged people around the country especially in rural areas are deprived on accessing the internet. Lately Tanzania is planning to limit the number of SIM cards an individual can own. They want a person to only own a single line per network in a bid to “boost security and tame cyber-crime.” However a question has been asked; “How genuine is the need of fighting cybercrime compared to the need of easing surveillance process of dissenting voices.” As such new registration process of SIM card will be initiated in September 2020 which will render a considerable population unconnected to the internet.

Surveillance: The act of Internet Service Providers (ISP) mandated to conduct mass surveillance and mandatory data retention on their premises on behalf of the government has widely dispirited Tanzanians in accessing the internet with the fear of being on the wrong side of “law” of the government. This act exponentially reduces the number of internet subscribers who are exercising freedom of expression online.

Economic hurdles: In February 2005, Tanzania initiated liberalization of its telecommunications sector, ending the exclusivity of the government-owned telecommunications monopoly. The key entrants to the market were Tanzania Telecommunications Company Limited, Zanzibar Telecommunications Limited (ZANTEL), Vodacom Tanzania Limited, MIC Tanzania Limited (TIGO), Airtel Tanzania Limited, Benson Informatics Limited (Smart), Dovetel (T) Limited (SASATEL)  Smile and Viettel.  Further policy reforms have led to the telecom sector becoming one of the most liberal in Africa but very costly on users. Currently mobile phone penetration is more than 70 percent which means most of the population are using the telecommunication ecosystem in accessing the internet. The cost of internet service vs the service rendered in Tanzania is relatively high compared with other African countries. The most vulnerable population to this challenge are in rural areas due to the fact that most ISP are based in urban centers therefore setting infrastructure is considered costly. However, the Tanzanians in urban centers still experience high cost of internet from ISP despite the fact that they are close to the ISP infrastructure. Which begs the question why. #KeepIton advocacy spearheaded by Zaina foundation is geared to solve these type of challenges.

Problem being solved: Globally businesses, corporations, hospitals, government’s provision of basic services and nonprofit organization essential services have adopted to the use of online/internet transaction model. Therefore any kindly of disruption of Internet services for even six hours that brings their services to a halt due to the breakdown of communication channels with their potential clients, patient, citizen, customers, payment gateway operators, delivery personnel are harmful. The United Nations Human Rights Council (UNHR) passed a resolution on 1st July, 2016, condemning network disruptions and measures resorted by states to curb online access and/or dissemination of information. This resolution affirmed that rights in the online sphere, especially the right to freedom of expression requires the same standard of protection as in the offline world. Zaina Foundation, supports UNHRC efforts and is part of #KeepItOn campaign that aims to create awareness on the usefulness of the internet especially during this challenging times of #Covid19. Further, Zaina Foundation is part of ten organizations in Tanzania under the banner of #KeepItOnTz that have consolidated their efforts in making sure women, Journalists and Human Rights Defenders are able to access, advocate and protect themselves during use of the internet and amid it shutdowns. Zaina Foundation continues to recognizes that Article 19, Paragraph 3, of the International Covenant on Civil and Political Rights  should be uphold and respected as  it also calls upon Tanzania government and all States to ensure that Internet access is maintained at all times, including during times of elections and  political unrest.

Internet Shutdown in numbers: There were 10 countries in 2018, and at least 14 in 2019 that conducted internet shutdown in Africa. Globally, from 2018 to 2019, the number of internet shutdowns lasted longer than seven days increased from 11 days to 35 days averagely. [2]Chad, India, Ethiopia, Bangladesh, Myanmar, Indonesia, Democratic Republic of Congo, Eritrea, Iran, Iraq, Jordan, Kazakhstan, Mauritania, Sri Lanka, Sudan, Syria, Tajikistan, Turkey, and Zimbabwe all cut off access to the internet for more than seven days. Chad, Myanmar, and India had the longest documented shutdowns in 2019: Chad had a 472- day shutdown, Myanmar had a 248-day shutdown, and India had a 175-day shutdown.

Platforms Affected: Social media platforms are the most affected platforms in Africa that governments deny their citizen access on, some of these platforms include WhatsApp, Twitter, Facebook, Instagram, and YouTube. Most African government attempted to justify the social media blackout, stating that it was necessary for “security reasons.” Whether a shutdown is aimed at quelling protests, stopping cheating during exams, or influencing an election, authorities will often target specific services. In some contexts, a government will impose a shutdown of mobile data, and in others will block both mobile data and fixed-line connections. In 2019 people around the world used social media platforms to organize grassroots movements, from Sudan to Venezuela and beyond. These platforms remain an avenue for empowering users, and governments have made numerous attempts to regulate or block access to these platforms. In 2018, governments acknowledged only 81 internet shutdowns, but in 2019 they acknowledged at least 116. These acknowledgements came in through a memo, press briefing, 280 characters on Twitter, or via documents forced into the light through a lawsuit or request for public access to information.

The commonly used justification for ordering shutdowns in 2019 by govenrment was “fighting fake news, hate speech, or content promoting violence,”  Whereas the observed reasons were the governments trying to restrain protest that is as result of  military actions, communal violence, political instability and elections. A strategy and product of surveillance and censorship governments are able to foresee protests. In order to disrupt people’s ability to organize and speak out, online or off governments always see internet shutdown as necessary with ambigous reasons of figting  “fake news,” as attempt to hide its efforts to control the flow of information during periods of political instability or elections.

Impact of internet shutdown on Journalists and Human Rights Defenders

Why #KeepItOnTz?  When there is a complete Internet shutdown in a given country, the technical impact is extend beyond the country’s borders to the rest of the global Internet ecosystems.Therefore the Internet being part of an interconnected network across States means having responsibility towards the network as a whole, and shutdowns hold the potential to generate massive systemic risks.

Internet shutdown is a violation of people’s fundamental rights to freedom of expression and access information. Further it disrupt people’s personal lives, education, mental health, and businesses. Summarily Internet shutdowns are, unequivocally, harmful to the global Internet and to local communities. As result of devastating impact of shutdowns across all aspects of our lives, the Zaina Foundation through #KeepItOnTz coalition recommends the following:

[2] The #KeepItOn report on internet shutdowns in 2019